?Tottenham Hotspur are leading a four-club chase for talented Lyon midfielder Lucas Tousart, according to reports.

?Calciomercato has claimed that the Lilywhites are in competition with north London rivals Arsenal, as well as German giants Borussia Dortmund and Serie A club Inter Milan, as the quartet duke it out for the 20-year-old’s signature.

Tousart has an apparent £22m price tag slapped on his head by Lyon and, whilst the Ligue 1 heavyweights would be averse to losing him, anything in excess of that asking price would likely be accepted. 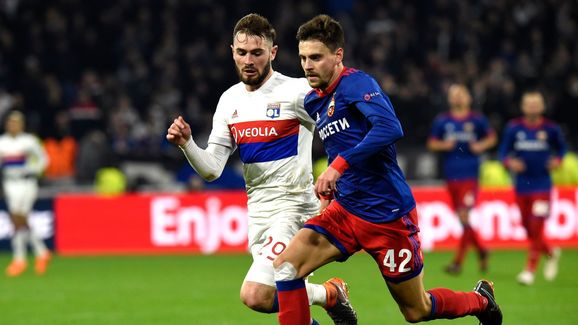 Tousart has impressed in the heart of midfield for Lyon throughout the past two-and-a-half seasons, and his dominating displays for the Groupama Stadium-based outfit have led to clubs casting a glance in his direction.

With 75 appearances to his name since a £2m switch from fellow French side Valenciennes – including playing matches in the Europa League – Tousart has extensive experience that belies his tender years.

That has piqued Spurs’ interest and, with manager Mauricio Pochettino on the lookout for reinforcements for his senior squad this summer, Tousart’s youth and talent could fit the bill for the Argentine.

(You may also be interested in ?Agent of Spurs Target Backtracks on Previous Statement & Says Client Release Clause ‘Doesn’t Exist’)

Tottenham will hope that the promise of regular football and challenging for the Premier League title recently could sway Tousart into joining them over their rivals, but the France Under-21 international could be swayed into heading to Arsenal instead if Arsene Wenger remains in charge at the Emirates past the end of the season.

Lyon are desperate to keep hold of other talented players such as Tanguy Ndombele and Houssam Aouar, and letting Tousart leave instead could be a sacrifice worth making if they manage to retain the former duo’s services.

Tousart has only managed to net two goals and two assists during his time with Lyon, but his all-round game is what will matter to would-be suitors and it might not be long before he calls time on his career in his homeland judging by interest from further afield.