?Inter maintained their perfect start to their UEFA Champions League campaign after coming from behind to defeat Group B opponents PSV Eindhoven 2-1 at the

The Dutch side responded well to their 4-0 defeat against Barcelona on matchday one, creating some good chances against Inter and eventually went in front when 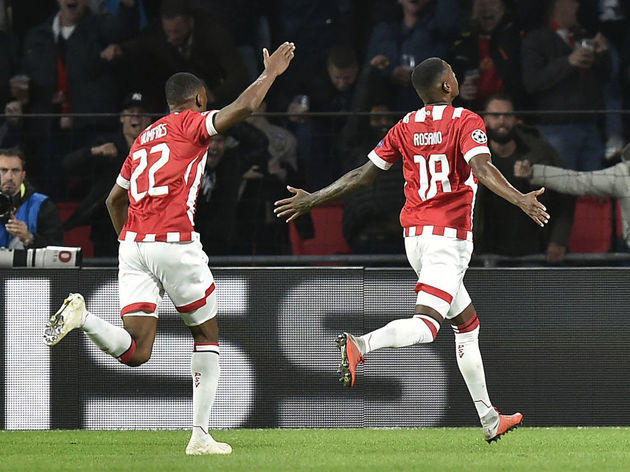 Mark van Bommel’s side could have been out of sight five minutes before the interval, when Inter’s performance against PSV seemed to replicate their come-back-victory over Tottenham on Matchday one. Having gone behind through a goal of sheer quality from Rosario, they responded well and took advantage of some poor defensive mistakes from their Dutch counterparts. Icardi was a constant threat over the course of the match, he made some terrific runs and created yards of space for himself. He forced Zoet into several fine saves before latching onto Danilo D’Ambrosio’s cross-field pass and rounding the keeper to find the back of the net.

Inter looked comfortable in the second-half and they had Handanovi? – who was lucky to still be on the pitch – to thank. The Slovenian reacted well to terrifically palm away an acrobatic effort from substitute The result meant that Inter moved onto six points in second, while PSV remained at the bottom of Group B, without a point.

Still perfect in the Eredivisie, PSV Eindhoven host sixth-placed VVV Venlo in the hope of maintaining their 100% record at the top of the league.

As for Inter, they travel to 13th-placed SPAL, hoping to make it four consecutive league victories before the all-important Milan Derby, which takes place following the international break.