Inter will look to make it back-to-back wins to start their Champions League campaign when they take on PSV at the Philips Stadion on Wednesday night.
?
?The Italian side came back from behind and struck late on to beat Tottenham 2-1 in their opening match, and will look to pile the pressure on Barcelona and Spurs with a second successive win. 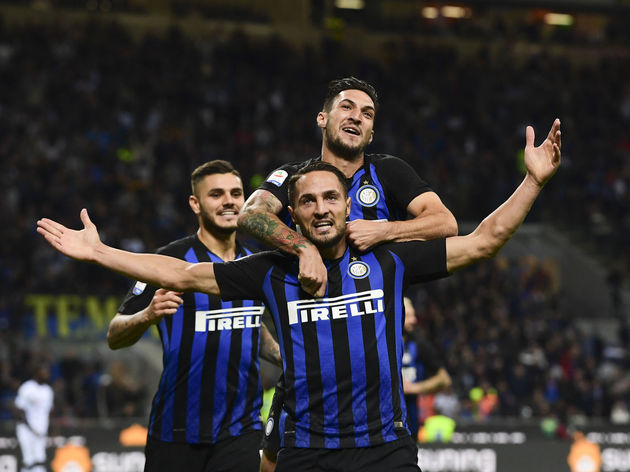 As for PSV, they were victims of a classic ?Barcelona performance at the Nou Camp, comfortably beaten 4-0 by Lionel Messi and co. With the pressure already seemingly on the Eredivisie champions to pick up points soon, they’ll be determined to get their first points on the board on Wednesday in front of their home fans.
?
?Here is everything you need to know ahead of the clash.

The two sides met at the San Siro in October 2007 for the second round of games in Group F of the Champions League. The Italians got off to a good start having been given a penalty after just 15 minutes, a penalty which Zlatan Ibrahimovic duly slotted home giving his side an early lead. Then with 15 minutes remaining in the first half, Ibrahimovic got both his and ?Inter’s second goal of the night with Luis Figo bagging himself an assist as Inter looked to be cruising. However, with half an hour left to play Inter went down to 10 men after defender Chivu was shown a second yellow card.
?
?Despite having to defend with their lives at times along with Suazo receiving a straight red card in injury time, Inter were able to hang on and take all three points in what turned into a tense affair for Roberto Mancini’s men.

Key Battle
?
?Daniel Schwaab vs. Mauro Icardi
?
?He had his hands full in the last game having to deal with none other than ?Lionel Messi, and it’ll be no different for Schwaab in PSV’s second game of the group stage. Now, he will be tasked with trying to stop one of Europe’s most deadly strikers when he goes head-to-head against Inter’s captain ?Icardi.

Admittedly the Argentine has struggled at times this season having scored just one ?Serie A goal in five appearances so far and was quiet for large parts of Inter’s Champions League opener against Tottenham, however he then showed his class with a moment of brilliance to spark his side’s late comeback. With his team 1-0 down in the 85th minute, he found himself on the end of a Kwadwo Asamoah cross on the edge of the box, and let fly with a stunning first-time volley? which rifled into the bottom corner to give his team an equalising goal, after being virtually non-existent in the game until that point.
?
?He’s capable of changing a game in an instant, and Schwaab will be well aware of the threat he brings on the pitch.

Team News
?
?It looks as though the Dutch champions will be without midfielder Ryan Thomas for the rest of the season after he suffered a serious knee injury, whilst Dante Rigo is also set to miss out on Wednesday night. Other than the pair, Mark van Bommel will have a full squad to select from. As for Inter with Miranda returning to the starting lineup for Inter’s 2-0 win over Cagliari on Saturday, it means that the Italians will almost have a full squad at his disposal for their Champions League clash, with the exception of their summer arrival Sime Vrasljko.

?
?The Croatian international has now been out for three weeks with a knee injury, and there has still not been any indication from the club that he is nearing a return to action any time soon. It looks as though he’ll miss out with Danilo D’Ambrosio set to slot in at the right back spot.

Prediction
?
?If people think this match will be a walk in the park for Inter, they’ll have another think coming. Since the start of the season, PSV have won nine of their first 10 games in all competitions – their only defeat coming against Barcelona in their Champions League opener – and have made a perfect start to their Eredivisie campaign. They’ll look to frustrate Inter who know they have a golden opportunity to take command for their group with a win. Whilst the hosts will make it tough for Luciano Spalletti’s side, Inter will scrape a win in what will be a tense affair between the two.
?
?Prediction: PSV Eindhoven 1-2 Inter?