?Hirving Lozano is one of football’s hottest talents, and it seems as if the Mexican won’t be staying in the Eredivisie for much longer.

According to ?Calcio Mercato, Lozano is attracting multiple buyers, with ?Inter currently the favourite for his signature. However, many are on Nerazzurri’s coattails, including bitter rivals ?Juventus. 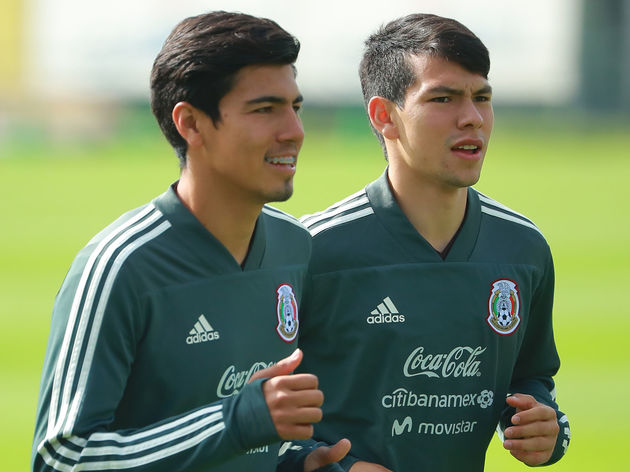 It has been suggested that the 23-year-old has garnered attention from various leagues, with ?Borussia Dortmund cited as another suitor. Die Schwarzgelben are known for their ability to nurture young talent, with the Mexico City man catching Lucien Favre’s eye.

After a sensational World Cup – most notably his performance against then reigning champions Germany – ‘Chucky’ could well incite a bidding war if he was to continue such form in the Champions League’s opening stages. Helping PSV reclaim the Dutch title from Feyenoord, Lozano has seen his side pitted up against ?Barcelona, ?Tottenham and Inter in Europe’s elite competition. The proverbial ‘group of death’ claims have done the rounds, and a few standout matches could see his value skyrocket.

As ?Manchester United and ?Atletico Madrid also flirt with the idea of placing bids, Lozano could have a major decision to make either in January or the upcoming summer.

Hirving Lozano has the opportunity of a lifetime this season in UEFA Champions League to really showcase his skills to the world. Games v. Barcelona at Camp Nou, Tottenham at Wembley and Inter Milan at San Siro. 3 historic venues, 3 world-class clubs. This is the year for him.

If there really are so many clubs interested in acquiring his services, PSV will surely be roused by a potentially astronomical fee arriving at their doorstep. Bought just one year ago from Pachuca for €8m, Rood-Witten could see the value of their investment increase tenfold.