?Inter midfielder Radja Nainggolan has admitted that Chelsea attempted to sign him prior to his move from Roma to Inter, and offered him more money to make the switch to London, but he was simply not interested in a move to the Premier League.

The former Belgium international, who joined Inter in the summer and has become an important part of a side that has won nine of its first 12 Serie A matches, also told of interest in his signature from Manchester United, explaining that he favoured the way of life in Italy to a big money move. “In Italy, you live really well. I like the culture and way of life here,” he told ?ESPN.

“?Chelsea offered me more money and they are a big club, yes, b

“There are lots of components – lots to evaluate. I stayed in Italy, with ?Roma, because I wanted to end in the best way possible. There was ?Manchester United too. There were many things that I was not interested in at all. Of course you are flattered by the interest, but this is how it is.

“I’ve come to ?Inter, a club who are looking to build something big, so I think I’m in the right place.”

While he prefers the culture in Italy, however, Nainggolan gave the ?Premier League credit for its spectacle and intensity. 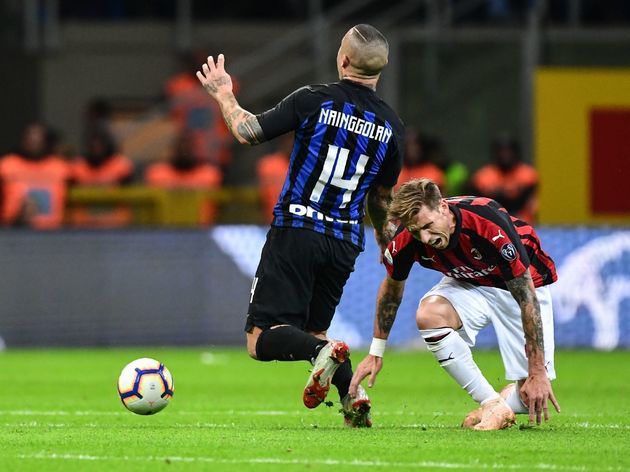 “The rhythm is so high, but it’s not as tactical as it is in Italy. If you were to ask me which league I’d like to play in, maybe I’d say England for the spectacle, but I’ve been here for so long now that I’m perfectly happy here and I don’t need to change anything.”