?Inter have confirmed that their star midfielder Radja Nainggolan could be out for several weeks, after picking up an injury following the derby win over Milan.

Nainggolan was substituted after 30 minutes following a late challenge from Milan’s Lucas Biglia, who was subsequently booked. Inter secured a 1-0 win in the Derby della Madonnina thanks to a late Mauro Icardi winner, as he headed home in the 92nd minute.

A statement from Inter’s official website read: “After the match between ?Inter and ?Milan, Radja Nainggolan, who had to exit the field after 30 minutes yesterday, underwent medical tests this morning.

“The results confirmed that he has sprained his left ankle. The Inter midfielder’s condition will be reassessed in the coming weeks.”

The injury means that Nainggolan will miss Wednesday’s big Champions League match, as Inter travel to the Camp Nou to face ?Barcelona. Both teams are on maximum points after their opening two games, having previously beaten Tottenham and PSV. The injury is a huge blow to I Nerazzurri, as they prepare for a run of fixtures that need to produce results should they challenge for the Serie A title, and prevent Juventus from winning an eighth straight Scudetto.

Nainggolan had just started his career at the San Siro, signing for €38 million from Roma in June. The Belgian international had a great start to his Inter campaign, scoring on his debut against Bologna in a 3-0 win. 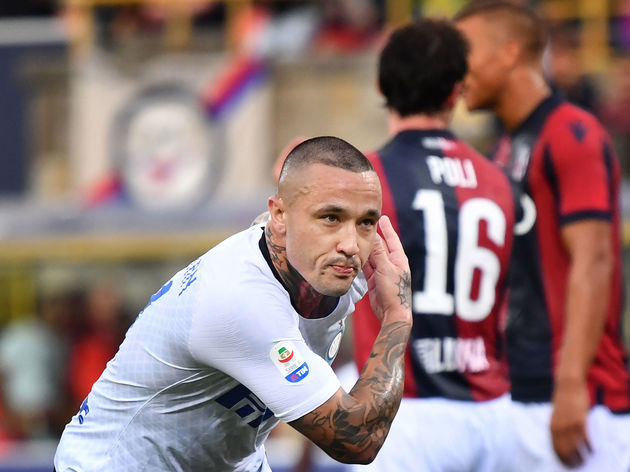 Inter currently sit third in the Serie A table after securing their sixth win of the season in the derby victory. After their trip to Spain they travel to the Stadio Olimpico to face Lazio in the league on 29 October.