La Gazzetta dello Sport (via ?Mundo Deportivo) has claimed that Los Blancos have emerged as a serious contender for the right-back’s signature and may swoop for him if the Italian side forego making Cancelo’s switch to San Siro permanent in the summer.

A fee of around €35m was agreed between Valencia and Inter as a buyout clause in Cancelo’s loan contract, should the latter wish to make him a permanent addition to Luciano Spalletti’s senior squad in Milan. 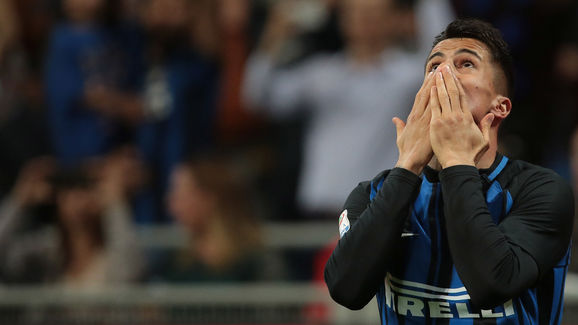 That deal is only in place until May 30, however, and Real may look to convince their fellow La Liga club to allow Cancelo to join them instead if I Nerazzurri fail to take up that option.

Real could tempt Valencia to let Cancelo leave Mestalla stadium for a fee in the region of €40m, and the 24-year-old would be mad to turn down a switch to Santiago Bernabeu if Zinedine Zidane’s team came calling for his signature.

The Portugal international, who moved to Valencia from Benfica for around €15m in the summer of 2015, would have to fight it out with Dani Carvajal for the starting berth at right full-back in the Spanish capital if he chose to head there.

(You may also be interested in ?Real Betis President Speaks Out on Barcelona Interest in Star Man & Possible Return of Real Madrid Flop)

The likelihood is that Cancelo would benefit more from joining Inter permanently rather than Real, with the promise of regular first team football in Italy almost inevitable compared to the chances he’d earn under Zidane. It remains to be seen, however, if Spalletti takes up the option to land Cancelo from Los Che before the end of this month and the expiry of that permanent transfer clause.

Cancelo has made 26 appearances in all competitions for Inter this season, and had featured on 91 occasions for Valencia before his loan move almost 12 months ago.