?In November 2017, Gian Piero Ventura’s Italy hosted Sweden in the second leg of their World Cup playoff with a 1-0 deficit to make up.

‘They’ll be fine, it’s the Italians, you can’t have a World Cup without Italy!’

Well, it’s true, Italy have been apart of every World Cup finals since 1962 – winning four of them since 1930 – it’d be just plain wrong to not have them competing in a World Cup.

However, in Milan that night – just over 11 years on from one of Gli Azzurri’s finest hours in Berlin – Italy reached one of the lowest points in their footballing history. Italy failed to create anything of any substance against a resolute Swedish defence, slumping to a 0-0 draw and more significantly, failing to reach the World Cup finals for only the second time ever.

Inevitably, Ventura was sacked after 16 months in charge, and in his place Italy needed a manager who could reinvigorate a broken side and restore them as one of Europe’s powerhouses once again.

The man they went for was Roberto Mancini – who was appointed in May 2018 –  and since then, the Italian renaissance has well and truly been underway. 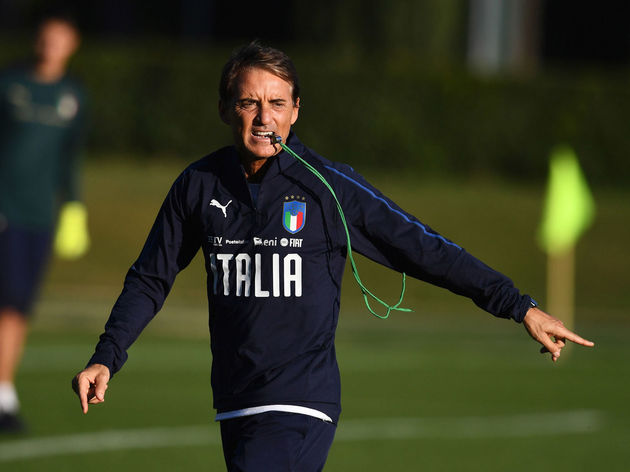 Since Mancini’s arrival, Gli Azzurri have lost just twice in 16 games and have maintained their 100% record in Euro 2020 qualifying through seven games.

In last year’s Nations League, we saw some very typical Italian performances, with Mancini’s men conceding just two goals in four games. During qualification however, we’ve seen the Italians at their free-flowing best, playing some of their best football they’ve played in years.

Although it’s by no means miraculous, the job Mancini’s done with an Italian side void of any identity just two years ago has been superb and there’s no doubt he’s turned them into contenders for next year’s Euros.

So how’s he done it?

And why are the Italians suddenly contenders?

Well, first of all, their defence is outstanding and has been…for seemingly, well, ever.

With Leonardo Bonucci and Giorgio Chiellini at the back – arguably the best centre-back pairing of the 21st century – Italy will have a chance in most games they play, we saw what happened at Euro 2016, where Italy reached the quarter-finals with Graziano Pelle and Eder leading the line. At Euro 2020, Chiellini and Bonucci will have a much stronger supporting cast ahead of them.

Let’s not forget that these two are the closest pair you’ll see to ‘born winners’,

Stefano Sensi. The first name penciled in when Conte decides his Inter XI.

Sensi is such a little genius. Rich man’s Cazorla.

Barella, for now, maybe on the outside looking in, but we’ve already seen Mancini trust the 22-year-old many times since his appointment and it wouldn’t be surprising to see him part of Italy’s starting midfield three next summer.

While the defence is solid and the midfield is dynamic, the main issue for the national team in recent years has been their front-line, and it was an issue in the first few months of Mancini’s tenure.

In 2018, Mancini would often field three wingers as the trio up top – deploying Napoli’s Lorenzo Insigne as the ‘false nine’. He was influenced by Maurizio Sarri and his use of winger Dries Mertens

However, the Insigne experiment didn’t work and Italy still struggled to score goals. The solution: trust one of your number nines. Despite being so prolific for Lazio in Serie A

Immobile has by no means set Group J alight with loads of goals – he only has one – but he’s proved that he’s more than a mere target-man.

He often rotates the role with Andrea Belotti

Nevertheless, gone are the days of Manolo Gabbiadini Pairing Insigne on the wing is Fiorentina’s Federico Chiesa,  who has been a prominent figure in Italy’s qualifying campaign.

Chiesa, 21, shone for Italy at the Under-21 Euros in the summer and, like Kai Havertz is destined for a future move to BayernJuve.

Although not necessarily a goalscorer – scoring just six times last season – Chiesa has proven himself as a creator, a playmaker almost from out wide. Blessed with tremendous speed, he’s capable of running in behind or beating a player 1v1, however, Chiesa’s vision and ability on the ball mean he can also come short or central to try and create.

Let’s not forget that the mightily talented Federico Bernardeschi is also waiting in the rafters, highlighting the depth that this Italian side now has. 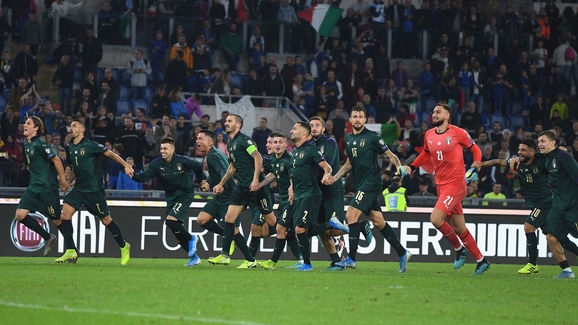 Italy’s breeze through qualification under Roberto Mancini has shown they’re way beyond the side that was humiliated on that night in Milan back in 2017.

The emergence of young talent has boosted a demoralised national side, adding dynamism and excitement to what has typically been a dull and ultimately unsuccessful Italy team over the past decade.

With two elite centre-backs still going, supported by the best supporting cast they’ve, arguably, ever had and a manager that has helped find a new identity within Gli Azzurri – don’t be surprised if Italy go all the way in 2020.