?Roma could face a massive task in holding onto Lorenzo Pellegrini after Juventus and Inter were linked with swoops for the midfield star.

Italian news outlet ?Calciomercato has alleged that I Giallorossi’s Serie A title rivals want to prise Pellegrini away from Stadio Olimpico this summer, and may find themselves having to do their upmost to retain his services.

Both Juve and Inter want to bolster their midfield ranks ahead of the 2018/19 campaign and see the 21-year-old as the perfect man to bring in to restructure the middle of the park for their teams. 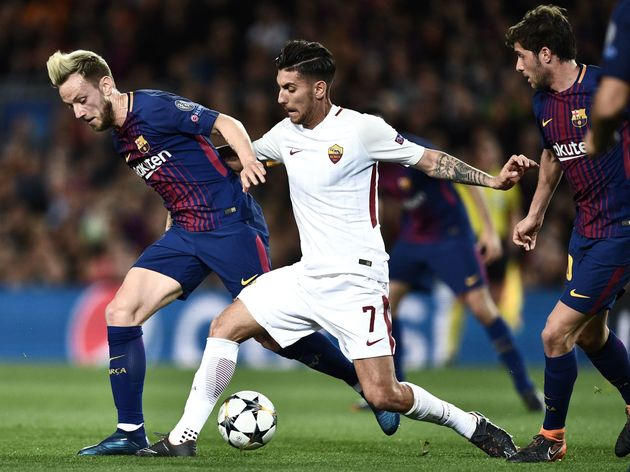 But Roma, who are likely to miss out on a Champions League final appearance due to the 5-2 first leg semi final defeat to Liverpool, will want to stave off any and all bids for Pellegrini – especially from those who play in the same division as them.

Pellegrini has starred for Eusebio di Francesco’s side this term, with three goals and five assists chalked up for the Italian club in his second spell in Rome.

It is the manner of his overall performances that have piqued the interest of many teams across Europe though, and the Italy international has plenty of admirers outside of his homeland too.

12 – Among players born since January 1st 1996, Lorenzo Pellegrini and Patrik Schick have scored the most goals in Serie A (12 apiece). Youth. pic.twitter.com/vgBrBWLLmY

(You may also be interested in ?Man Utd Face Serious Competition for Lazio Star As Juventus ‘Open Talks’ With Midfielder’s Camp)

Chelsea and Manchester United have also been credited with keeping tabs on Pellegrini’s progress, but it is Roma’s fellow Italians who may be best placed to land his signature this summer.

Pellegrini has a reported 25m euro release clause fee in his contract with Roma and they would be powerless to prevent him talking to any would-be suitor if that figure was matched.

Roma have tried to convince the ex-Sassuolo man to enter discussions over a new deal, however, and the re-negotiation of that buyout clause would likely be high on their list of demands to finally rid themselves of the ongoing speculation concerning their star man’s future.