Luciano Spalletti’s side produced a stunning late comeback from 1-0 down against Tottenham to win 2-1 in the opening match of their Champions League campaign at the San Siro on Tuesday, but have endured a rather more lukewarm start to their season in Serie A. 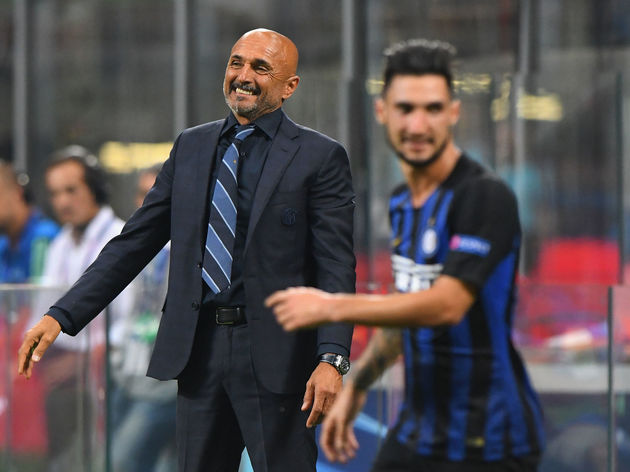 After two defeats, one win and one draw from their first four domestic matches of the campaign, I Nerazzurri have struggled to capitalise on a summer which saw a number of star signings arrive at the San Siro.

Sampdoria, meanwhile, have enjoyed something closer to the start which Inter would themselves have hoped for, with two wins, a draw and one defeat so far placing them in the top four at this early stage in the season. Hosting Inter on Sunday, though, promises to provide their sternest test of the campaign so far.

Sampdoria began the Serie A season with disappointment in a 1-0 defeat away to Udinese, but kickstarted their campaign impressively with a thumping 3-0 win over last season’s runners-up, Napoli, in what was a shock result for Marco Giampaolo’s side.

I Blucerchiati continued to fire with an emphatic 5-0 triumph over Frosinone the following week, before earning a 1-1 draw at home to Fiorentina.

?Inter’s start to the season has been less impressive in domestic terms, as Spalletti’s side crashed to a 1-0 defeat away to Sassuolo on the opening weekend in Serie A.

A 2-2 draw with Torino provided little more encouragement the following matchday, before Inter finally got off the mark with a 3-0 win away to Bologna.

A 1-0 defeat at home to Parma followed, however, leaving the San Siro giants with much to do in improving their league form; though their 2-1 win over Tottenham in the Champions League in midweek should provide a much-needed boost ahead of Saturday’s match.

If Sampdoria are to continue their positive early season form at home on Saturday, they will need to produce a far better performance than the last time the two sides met at the Stadio Luigi Ferraris last season.

What. A. Comeback ???#UCL pic.twitter.com/0EUmT0gDtP

Inter hammered their hosts with a 5-0 victory in March, with Mauro Icardi typically at the heart of the Nerazzurri’s success – scoring four for his side to add to Ivan Perisic’s opener in the match.

The Milanese side simply had too much firepower for Sampdoria last time out, and Icardi’s fine strike against Tottenham on Tuesday night will have the hosts fearing more of the same ahead of Saturday’s game.

With the previous meeting between the two sides in mind, and following his heroic exploits in midweek, Mauro Icardi is the clear danger man that Sampdoria must seek to stop on Saturday.

The Argentine striker has yet to register a Serie A goal so far in what has been an all-round frustrating start to the domestic campaign for his side. However, Inter will be hoping that his wonder goal at the San Siro to haul I Nerazzurri back into the match against Tottenham will give their star man lift off for the season. Despite a raft of attacking additions to the side during the summer transfer window, Icardi remains Inter’s most important goal threat, and stopping him will be key to Sampdoria’s potential success on Saturday.

Joachim Andersen has been Sampdoria’s most consistent presence in the centre of defence so far this season – having started all four of his side’s Serie A matches in the current campaign -and will be the man tasked primarily with shackling the spearhead of Inter’s attack.

Icardi’s movement in and around the box can be lethal, and Andersen must ensure he is tracking the Inter captain at all times to limit the Argentine’s chances of breaking into dangerous positions from which he can do maximum damage to Sampdoria’s rear-guard.

Marco Giampaolo will be without attacking midfielder Riccardo Saponara as Sampdoria prepare to host Inter on Saturday, with the 26-year-old still recovering from a muscular injury. Centre back Vasco Regini also remains sidelined with a long-term cruciate ligament rupture.

Though Mauro Icardi will arrive at Sampdoria as the primary threat for Inter, Luciano Spalletti will be without his other Argentine centre forward, as summer signing Lautaro Martinez misses out on Saturday’s game with a calf problem.

Though Sampdoria have begun their Serie A campaign in stronger form than their Milanese counterparts, Inter have the stronger personnel in every area of the pitch and simply need to win on Saturday after losing two of their first four league games this season. 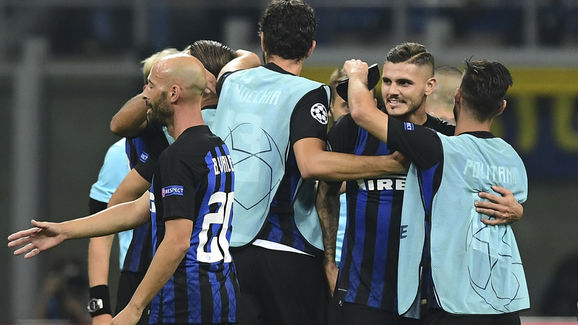 The dramatic Champions League win in midweek should provide the visitors with the ideal springboard to arrive in Saturday’s game with confidence and a stronger position to secure just their second win of the domestic campaign.