?After 426 goals, 877 appearances and 22 years of professional football, the magnificent Samuel Eto’o has retired.

He’s a well-travelled bloke, having played for 14 clubs across six different leagues, whilst also playing over a century of games for Cameroon. He’s also a well-spoken individual, leaving soundbites here and there about his thoughts, feelings and opinions. To help chronicle his path from the ?Real Madrid academy to the bright lights of Doha – via a hat-trick of ?Champions League titles – here’s a look at eight insightful Eto’o quotes.

Setting Himself Up for a Career at Stamford Bridge 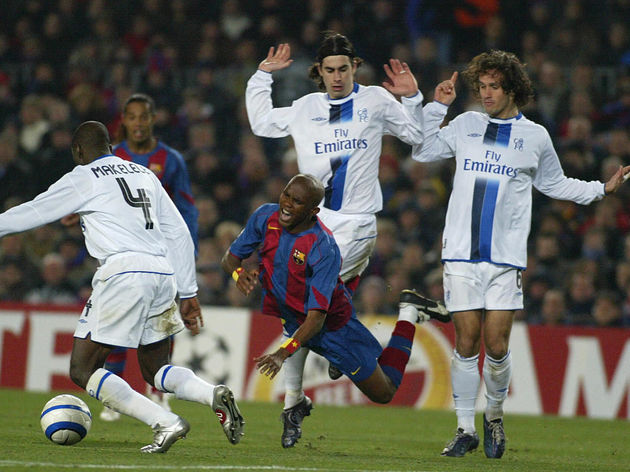 “I’d rather sell ground-nuts in my village than play for a pathetic team like Chelsea.” (?101 Great Goals)

In spring 2005, ?Barcelona and Eto’o took a 2-1 lead into the second leg of their European Cup knockout tie with ?Chelsea. If nothing else, the striker’s comments suggest a man who has absolute confidence in his own qualities.

That confidence, which bordered on arrogance, was instrumental to the Cameroonian’s rise to the top of the game. Without it, he would not have had the drive and determination when things got tough, nor the audacity to go for the sublime.

Unfortunately, Eto’o ended up with egg on his face on two occasions following this remark about the Blues. La Blaugrana were dumped out 5-4 on aggregate, with his move to Stamford Bridge nine years later seeing supporters dig up this old quote.

Showing Respect to His Old Club Eto’o was on the books at Real for four seasons, though he played a total of just seven matches for Los Blancos before switching to Mallorca and then Barcelona.

A lack of game-time saw the hitman earn zero honours during his time with Madrid, yet he won ?La Liga in his debut campaign at the Nou Camp, a year in which he scored 25 league goals.

Evidently displeased with his treatment in Madrid, Eto’o could not wait to rub victory in the faces of his former employers. He would add further salt to the wounds with two more league titles and a brace of Champions League trophies in Catalonia as things went quiet in the capital.

A Defiant Response to Racist Abuse for his inspirational efforts “Tottenham – and I hope the English fans will forgive me – are a club in mid-table and I need more.” (?AZ Quotes)

Modern ?Tottenham Hotspur fans won’t think the forward’s comments regarding their club are very accurate, but a decade ago Spurs weren’t exactly high-flyers.

When Pep Guardiola arrived at

Though he stuck around for one more campaign – which ended with more European glory – before the gossip indicated the Lilywhites were trying to lure him to England. As the player himself said, Spurs weren’t at the level he required.

On Pep Guardiola and Leaving Barcelona This one doesn’t need any explaining, just read Eto’o’s statement on a transfer to ?Inter in 2009 (as quoted by ?ESPN)…

“Pep told me how to move like a striker. I told him: ‘You’re not normal!’ The true story is that Pep didn’t respect the things in football.”

Playing in an African World Cup The Non-Monetary Reasons Behind an Abrupt Move to Russia 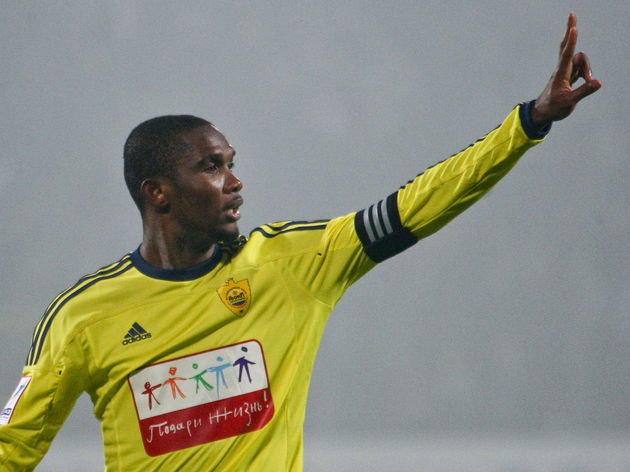 The illustrious European heavyweights that are Anzhi

When Jose Mourinho Doubted the Abilities of a 33-Year-Old “I remain Samuel Eto’o, I will stay at my place and I will not answer.” (?Evening Standard)

Eto’o wasn’t exactly prolific as he moved to England and entered the twilight of his career. Nevertheless, he made Chelsea coach Jose Mourinho eat his words in 2014 following jokes form the Portuguese about his age.

A treble versus ?Manchester United proved Eto’o could still do it, whilst his old man celebration against Tottenham well and truly put Mourinho in his place.