The entire Serie A took part in an initiative this weekend that saw players take to the pitch with a red stripe painted onto their cheek to promote a campaign that seeks to raise awareness of violence against women.

The idea behind the campaign came from Italian humanitarian organisation WeWorld Onlus, who teamed up with the players’ association and Serie A TIM, to promote an end to domestic violence. 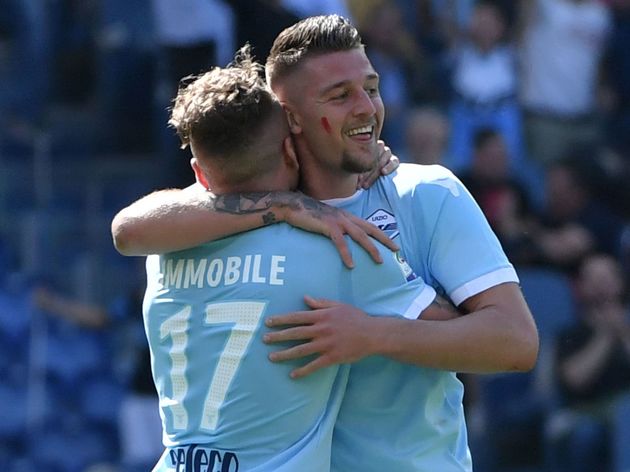 Players and officials across the entire county took part in the campaign, with some of the Serie A’s biggest stars promoting the campaign even further on social media by using the hashtag: “#unrossoallaviolenza” (a red card against violence).

The campaign appeared to receive the most attention when Napoli travelled to Turin on Sunday in what could have been a title-clinching match for Juventus.

But a bullet header from Kalidou Koulibaly in the 90th minute has seen the title race in Italy blown wide open, with just one point now separating Juventus and Napoli at the top of the Serie A table.

The reigning champions still have tough away matches against Inter and Roma before the end of the season, not to mention their Coppa Italia final clash against AC Milan next month, while Maurizio Sarri’s side will face their toughest test on the road to Fiorentina next week.