Inter boss Luciano Spalletti heaped praise on his side on Sunday afternoon, a?fter they thrashed Udinese 4-0 to stay in the race for Champions League football next season.?

Speaking after his side’s impressive victory, via FourFourTwo, the 59-year-old was upbeat about Inter’s performance in the match, stating: “We must congratulate the boys, they were exceptional. My job is to finish the season well. The team has grown a lot in the last period and we have to continue to prove it.

“I saw what I expected after the match against Juventus (a 3-2 loss last week), the team did well, they trained well during the week and they took control of the match.“These performances are important for the future of Inter, to put the same stamp on all the matches. We are a great team and we cannot afford to drop intensity and quality.”

Inter got the game off to a flying start, taking an early lead via a deft Andrea Ranocchia header. Spalletti’s side then went up a gear, and took a commanding 3-0 lead into the half time break thanks to a quick-fire double from Rafinha and Mauro Icardi. Udinese then saw Seko Fofana sent off early in the second half, before Borja Valero scored Inter’s fourth late on. 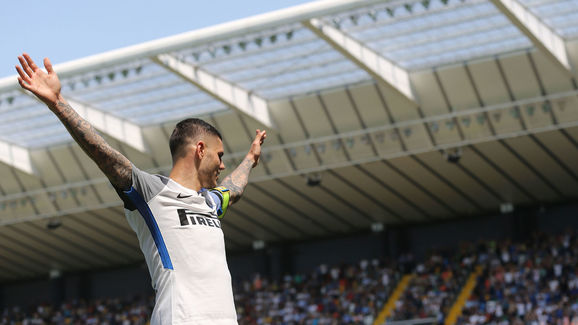 Spalletti also praised his star striker Icardi, claiming: ” Icardi, he’s a top player, an exceptional finisher. He’s got quality for the goal, he knows where the ball goes, he does not need to chase it, he’s the strongest I’ve ever trained. He works outside the penalty area, but in the last few metres in front of goal, he is deadly.”