?Inter sporting director Piero Ausilio has said that Mauro Icardi remains an important part of the club and hopes to hold onto the striker for a long time, despite being stripped of the captaincy this week.

The story exploded when Inter, rather strangely, released a statement confirming that the armband had been taken from Icardi and given to goalkeeper Samir Handanovic ‘for the good of the club’.

After the number nine was subsequently left out for their Europa League trip to Rapid Vienna, many jumped to the conclusion that his days at the club were numbered, and though it later ?emerged that this was due to an injury, the player himself would add fuel to the fire with a cryptic Instagram post.

In the latest development to what is already becoming one of the overplayed stories of the season, however, Ausilio has come out in defence of the player – saying the situation has no bearing on his first-team or contract status.

“A decision was made that everyone agreed with, and it was a painful one to make,” he told Sky Sport, via ?FourFourTwo. “The reasons are serious and valid; there’s nothing to explain.

“Mauro remains important to us. He still has a lot to give to ?Inter. We are not questioning him as a professional or as a striker, which is why I hope he stays with us for a long time yet. ‘Us’ is the key word here and must always prevail for the good of the club and the changing room.”

He continued: “We have taken measures – and it’s the last thing we would have wanted to do – after letting something slide in the past. It might seem like a step backwards, but in terms of the future it’s 10 steps forward. 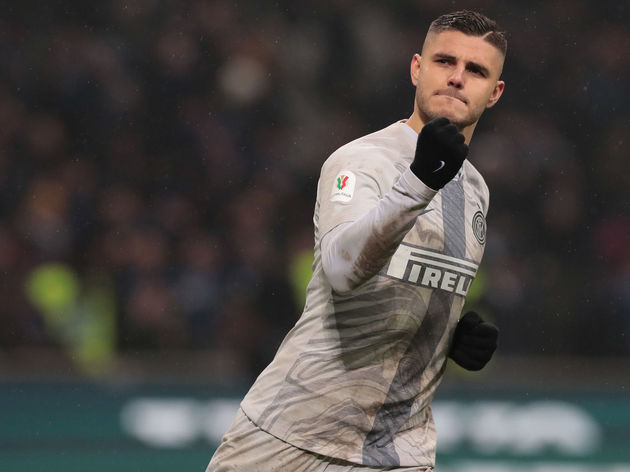 “We’ll speak with Icardi, although it’s not right to speak of talks to clear the air because he’s never been put in discussion and he’s a great player. If he likes, we’ll set conditions to follow. Contract discussions have in no way been affected by these events – it’s a totally different subject.”

He has since been linked with a ?sensational move to Juventus, so it could be interesting to see how this one develops in the summer months.