?Stefan De Vrij’s expected end-of-season move to ?Inter could be scuppered by ?Barcelona, who have launched a new proposal for the Lazio defender, according to ?La Gazzetta dello Sport.

De Vrij’s contract at the Stadio Olimpico expires this summer, leaving him free to join another club. It has been expected for a while that he will join Inter, but is now stalling on that deal in the hope that Barcelona well cement their interest in the form of a contract offer.

Barcelona may be the more attractive proposition and would be able to offer De Vrij the more lucrative contract, but he is more likely to be a regular starter at Inter than at the Nou Camp. 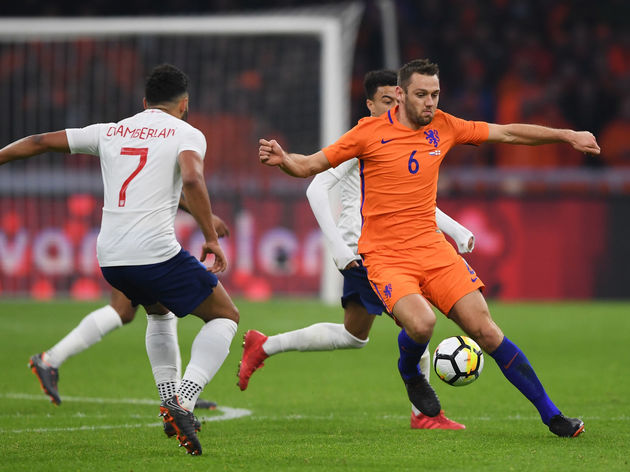 Much could depend on whether Inter qualify for next season’s Champions League. They currently occupy the last qualification spot in ?Serie A, but are only one point clear of De Vrij’s Lazio.

I Biancocelesti are chasing a first Champions League campaign since 2007-08,

De Vrij is a Dutch international and played 89 minutes of the Netherlands’ ?1-0 defeat to England on Friday. He has made 34 appearances for the Oranje, and scored his first international goal against Spain at the 2014 World Cup.