We could have a debate over whether it’s more difficult to win Europe’s premier club competition or a top five league, but when you lump the 32 best teams in the continent together and ask them to fight to the death until there’s only one side remaining, that means the tournament is difficult, difficult, lemon difficult.

Winning your group can make reaching the final easier, and Europe’s top dogs usually have no problem in breezing past the Genks, CSKA Moscows and Viktoria Plze?s of the footballing world before the knockout stages.

So, fancy finding out who has won their group the most often in the Champions League since 2003/04? Hey, you’re in luck! It’s all below! All seven of the above teams have won their Champions League group four times each, but no side has gone on to win the competition during the season they topped a group. For example, Liverpool won last season’s Champions League after finishing below Paris Saint-Germain, and previously claimed the trophy in 2005 having come second behind Monaco.

The Reds have reached the final twice after winning their group, during the 2006/07 and 2017/18 seasons, while Monaco topped their set in 2003/04, but both sides would lose their respective finals. 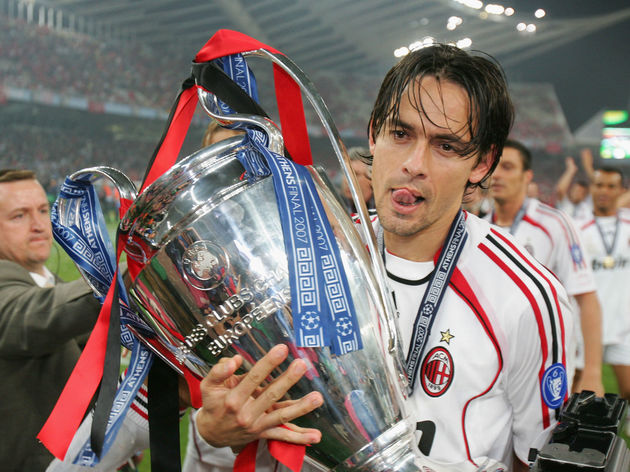 Ah, finally, a team who won their group and went on to win the trophy!

Dortmund went unbeaten during the 2012/13 group stage, picking up 14 points in a ridiculously tough group that featured Real Madrid, Ajax and Manchester City. They would reach the final that year after passing Shakhtar Donetsk, Malaga and Real, but Bayern Munich proved too strong for BVB in an all-German final at Wembley. And now it’s time for a few underachievers on the European scene.

Given that both Arsenal and Juventus have won a group on seven occasions each, the fact that neither side has won the tournament since 2003/04 is a tad disappointing.

Both have reached a final during that time, things famously going wrong for Arsenal when they faced Barcelona in the 2005/06 showpiece as Jens Lehmann was sent off in just the 18th minute.

La Vecchia Signora are now widely regarded as one of Europe’s teams but came up against a generational Real Madrid side in Cardiff in 2017, being smashed 4-1 by Zinedine Zidane’s collection of all-stars. It’s time for the big hitters!

Bayern, United and Real are serial group winners, and

Bayern’s victory came in 2012/13 over Borussia Dortmund, but the current Bundesliga champions also lost in the final the season before to a Didier Drogba inspired Chelsea.

United came up short against Barcelona twice in finals having charged through the group stages, but did beat Chelsea on penalties in 2007/08. The Blues could add another group stage win to their tally if they manage to pip Ajax and Valencia to top spot this season, with each team currently on seven points.

During their victorious 2011/12 campaign they saw off Bayer Leverkusen, Valencia and Genk before overturning a first leg deficit against Napoli in the last 16 and seeing off Benfica in the quarters.

That legendary tie against Barcelona in the semis followed, before Drogba took centre stage at the Allianz Arena.

They reached the final in Hardly surprising, is it?

Barcelona are good at steamrolling through opposition during the group stage. Their away record has been a little iffy over the last few years, but teams rarely leave Camp Nou victorious.

In fact, in the four seasons they’ve won the ?Champions League since 2003/04, they’ve won their group – although the only established European powerhouses they’ve pipped to top spot in that time is Paris Saint-Germain.

Still, teams like Manchester City, Bayern Munich and ?Real Madrid had to beaten in the knockout rounds during those campaigns, while ?Arsenal, ?Manchester United – twice – and ?Juventus have put up stern opposition during the finals.