Some would say boring, but we say thrilling. Why? Because we get to scoop up the daily hot takes, rounding a whole bunch of rumours up into one bite sized bundle of fun. Rafa Benitez has done a cracking job at Newcastle. Just ask everybody in the country who insists that he is the most underrated manager in the Premier League.

One such beneficiary of his tactical brilliance is Ayoze Perez. He’s having a corking time up on Tyneside of late, bagging goals galore to steer the Magpies to yet another mundane mid-table finish.

His reward? A potential move to Inter say the ?Northern Echo, or a possible move to Arsenal say ?The Sun. Either way, staying at St. James’ Park is looking less and less likely for the Spaniard. Samir Nasri’s had a rather colourful career, hasn’t he?

Once loved by Arsenal fans, he soon swapped the comforts of winning not very much in north London for the splendours of Manchester – where he quickly became a double Premier League winner and very wealthy man.

He then slipped off the radar and failed a doping test, only to resurface in English football earlier this season with West Ham. Looks like that jaunt could be over too, though, with ?Football Insider stating that Nasri will be told by the Hammers’ hierarchy that his services are no longer required. There’s been some real breakthroughs made at Real Madrid this season. Sergio Reguilon has been a real find at left-back, Karim Benzema has proven that he’s a very capable goalscorer and Real Madrid….have been absolutely dreadful.

Still, they haven’t been poor enough to warrant giving Marcos Llorente much first team action, and according to ?AS, he’ll have to seek pastures new this summer if he wants that to change. ?Arsenal are Manchester United are said to be interested parties, though any interest is entirely hypothetical at this stage. Things were looking so wonderful during midweek, with Ajax cruising against ?Tottenham in their Champions League semi-final. But, in true bottle job fashion, D Chelsea midfielder and Football Manager legend Marco Pasalic has had more loan spells away from the club than I’ve had hot dinners.

Well, maybe not that many, but he’s a shining example of Chelsea hoarding players with little to no intention of ever playing them. It seems as if he could be offered a permanent route out of Stamford Bridge, though, with Italian publication ?Gazzetta dello Sport claiming that Atalanta want to turn his current loan deal into a permanent arrangement. Not surprising really but Llorente is a handful to say the least, and more than proved his worth midweek as his presence helped the Lilywhites reach their first Champions League final.

He may not be around for the long term, however, with his agent, and brother, Jesus stating (via ?Sport Witness) “there’s always a grain of truth” when asked a possible switch to Napoli. Interesting stuff.

Newcastle Eyeing Three for the Price of Two They may not have splashed out any money since 1994 (see earlier Newcastle references to get the gag), but it appears Rafa Benitez wants Mike Ashley to write him cheques galore this summer.

Well, that’s not strictly true – Hayden wants out of St. James’ Park and Diame is out of contract this summer. Oh, and they spent £24m on Miguel Almiron in January. Really must check these facts out beforehand… 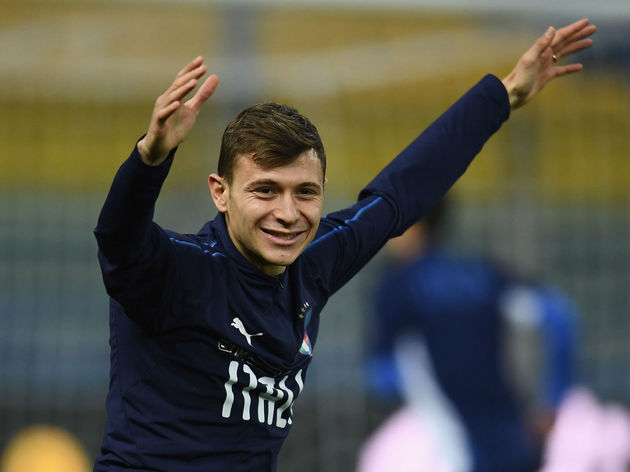 Nicolo Barella is a wanted man. We’ve known that for a long, long time but as yet, a deal has yet to be thrashed out with any of the billion interested parties.

Now, director Marcello Carli (via ?Football Italia) claims a bid from Atletico Madrid has been turned down, but two Italian clubs remain interested.

Neither club is named, as you’d expect, but he goes on to say that