?The rumour mill has been working overtime in recent weeks, firing out stories all over the shop. This summer has already been incredibly exciting, and we’re only getting started.

Some stories are good, some are bad, and some are downright atrocious, but you never know what is going to happen in this crazy world of football.

Here are eight stories for you to keep an eye on this summer. Ralph Hasenhuttl has been a busy man this summer. ?Southampton have already sealed the signings of ?Danny Ings When Fabio Borini sealed his move from Sunderland to ?Milan, it raised more than a few eyebrows. Now, after a few unspectacular seasons at San Siro, it looks like he could be on his way back to north-east England.

?Nicolo Schira revealed that Borini will not be part of Marco Giampaolo’s side next season, with ?Newcastle United set to battle it out with Bordeaux for the 28-year-old’s signature.

His huge salary – €2.5m per year – is described as an “obstacle” for both sides, but Newcastle are swimming in money after selling Ayoze Perez to ?Leicester City for £30m. Although, whether the manager will actually see any of that money is another question. How do you get over losing one of England’s most promising right-backs? Easy, just sign another one.

?The Mirror state that ?Crystal Palace are looking to reinvest? some of the £50m earned from Aaron Wan-Bissaka’s move to ?Manchester United with a £10m bid for ?Norwich City starlet Max Aarons, who was one of the ?Championship’s breakout stars last season.

If exciting English full backs can go for £50m, why would Norwich consider selling their own for £10m? They (probably) won’t, especially in the knowledge that Palace have plenty of money lying about these days. Lock up your midfielders, it seems like nobody is safe from ?Tottenham Hotspur’s scouts this summer. Spurs have been linked with almost every midfielder under the sun, the latest of which is Roma starlet Nicolo Zaniolo.

Multiple reports in Italy, including from Corriere dello Sport (via ?Sport Witness), state that Spurs have offered Roma around €18m and centre back ?Toby Alderweireld as part of a player-plus-cash deal, but the ?Serie A side are looking for almost €60m to even consider doing business.

?Tuttosport add that Spurs are “serious”? about getting this deal over the line, although they face real competition from Juventus, who are keen on a little swap deal of their own… ??Gonzalo Higuain’s time at Juventus is almost certainly up. Fortunately, and this may come as a surprise to ?Chelsea fans, it looks like somebody actually still wants the Argentine.

?Calciomercato state that Roma are desperate to sign Higuain, and Juventus are just as eager to sell him. That’s partly because he’s not very good anymore, but also because they want to try sweeten any potential move for Zaniolo.

The only problem is that Higuain himself isn’t convinced by a move to Roma, and instead wants to stay and fight for his place in Turin. In his defence, his five goals on loan with Chelsea is almost as good as ?Cristiano Ronaldo’s tally of 28 last season. Almost. Midfielders. Midfielders everywhere. We’ve already had Spurs looking to sign 50% of the world’s population of midfielders, and now we’ve got Inter pushing for the other half.

Stefano Sensi is already done, Nicolo Barella is coming, and ?La Gazzetta dello Sport claim ?Arturo Vidal is the next man on Inter’s wish list, with Antonio Conte eager to reunite with his former Juventus warrior.

?Barcelona would listen to offers of around €20m, but only if they come soon. Club officials are busy people, and they want plenty of time to find a replacement. 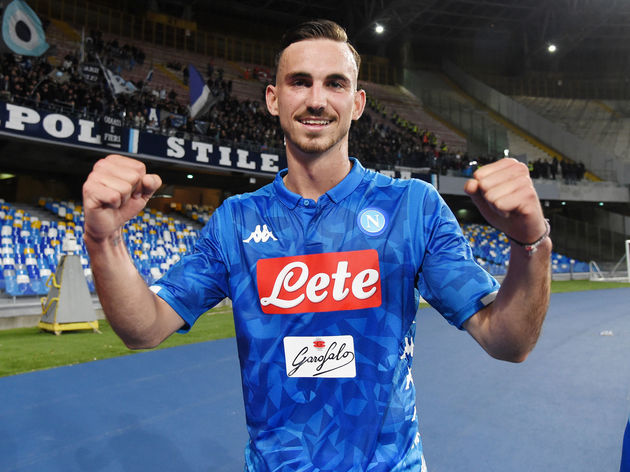 ?Napoli’s Fabian was already one of Europe’s most exciting midfielders, but his stunning exploits with Spain Under-21s this summer have brought even more attention his way. ?Real Madrid are said to see him as a viable alternative to ?Paul Pogba, but it appears Fabian has other ideas.

Speaking to the media (via ?El Partidazo de COPE)? after guiding Spain to European Championship glory, Fabian insisted that he intends to see out the four years remaining on his current Napoli deal, which certainly sounds like he’s not keen on a move to Madrid.

He was full of praise for Zinedine Zidane, which will give Real fans hope, but it doesn’t seem like Fabian wants out of Napoli any time soon. ?With Barcelona eyeing a number of blockbuster transfers this summer, it should come as no surprise that a few major names could be sold to raise funds.

A likely candidate for a move away is Samuel Umtiti, who has attracted interest from both ?Arsenal and ?Manchester United this summer. ?The Mirror state that Barcelona will demand €60m for the Frenchman, which could price the cash-strapped Gunners out of a move.

If his knees can hold up, Umtiti is certainly a top defender. However, as the last 12 months have shown us, that’s far from a certainty, so moving for Umtiti could be a huge risk.