?Another day, another dawn, another smattering of transfer matters to briefly appease your burning desire for all things football economics.

On today’s menu, we have potential buying, potential selling and, yeh, that, so here goes: Joe Hart could be allowed to leave Burnley this summer, amid interest from several Ligue 1 sides in the 32-year-old Englishman.

According to the ?Daily Mail, Hart, who was picked up by the Clarets for £4m last summer as cover for the injured Tom Heaton and Nick Pope and has one more year left on his deal, would be allowed to leave Turf Moor on account of his inordinately high wages and, you know, lack of quality and value since Heaton returned.

No specific French sides were named in this report, but they definitely exist. Definitely. Nicolas Otamendi has grown frustrated with his freezing-out at Manchester City and is thus looking for a way out of the Etihad, with both ?West Ham and Wolves now chasing the City defector/defender.

According to the Argentine edition of ?Marca, the Premier League duo are interested in the disillusioned centre back, though they’ll face stiff competition from a number of Chinese sides as well as others around Europe. They also mention that many River Plate fans are fantasising about the 32-year-old returning to his homeland, but point out this is economically unrealistic. Rain, meet parade. ?Ahh, another Man City defector! They’re dropping like flies. Admittedly, this one’s been brewing under the surface for a while, but it appears that Danilo is set to join ?Inter this summer, and at a reduced salary, too!

According to ?Gianluca Di Marzio, the full-back is willing to take a €1m hit per-year to join the Nerazzurri, who are understood to have submitted a bid in the region of €15m. The Citizens are said to be willing to allow the Brazilian to depart this summer, but are still deciding on whether to push for a touch more for the defender.

Wolves Back in for Man Utd Centre Half Lindelof 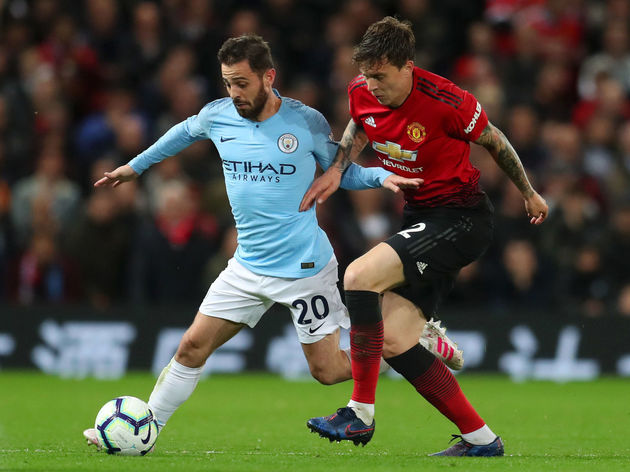 ?Wolves won’t be consigned to buying just one centre back from Manchester – they want them all! But, setting base urges aside, they’d settle for United’s Victor Lindelof as well as City man Otamendi, according to reports in ?TeamTalk.

Wanderers were looking into the Swede last summer, but Jose Mourinho was none-too-keen on letting him leave. However, despite a quasi-emergence at Old Trafford this season, Ole Gunnar Solskjaer is looking to bolster his defence this summer, and Lindelof could be a casualty of this rebuild, with Nuno Espirito Santo ready to pounce, alongside Ligue 1’s Lyon – who may or may not be coveting Joe Hart, as well.

Hey, it can’t be ruled out. As reported by the ?Telegraph, Atal is also being coveted by Bayern Munich and Atletico Madrid, which could further increase his current €40m valuation. The versatile 22-year-old, who’s been known to play at right midfield, left back and even occasionally left midfield, is not for sale according to Nice boss Patrick Vieira, though the player has admitted his desire to play Champions League football. But, as Roy Hodgson would say, doesn’t everyone? Simon Mignolet’s tenure at ?Liverpool could be set to end this summer with the Belgian keen to return to his roots in order to foster an increase in playing time next season.

Mignolet has featured just twice this campaign, and according to Belgian publication Het Laatste Nieuws, as relayed by ?Sport Witness, both Standard Liege and Club Brugge are in need of a new goalkeeper, with the £5m-rated Belgian international a target. The 31-year-old is willing to reduce his £100k wage package to force through a move, but money may still be the obstacle for any homecoming. That’s right, don’t wipe your eyes, there is a precocious up-and-comer at West Brom called Dara O’Shea a?nd, contrary to the amalgamation of Dara O’Brien and John O’Shea that may have conjured up, he actually looks more like Mateo Kovacic mixed with… Phil Jones?

In any case, according to the ?Daily Mail, he is an excellent central defensive prospect, with Bournemouth eyeing him as another Football League star they can poach after the breakout success of David Brooks this season. O’Shea is a Republic of Ireland Under-21 international, and has been plying his trade on loan at Exeter this campaign. Remember the name… (how could you forget?!)