?The FIFA Under-17 World Cup might be turning into an adult with its 18th instalment later this year in Brazil, but the competition remains the go-to destination for scouts across the globe to catch a glimpse of the latest batch of wonderkids.

It’s a platform which has already seen the likes of Cesc Fàbregas, Toni Kroos, Landon Donovan and most recently Phil Foden shine as players of the tournament since its inception in 1985.

England won’t have a chance to defend their title after failing to qualify for the Under-17 World Cup in Brazil, but fans might still want to tune in to catch a glimpse of the biggest stars of tomorrow.

And just in case you do, here’s 11 players from 11 different counties who are bound to leave their mark on the FIFA Under-17 World Cup. It’s been an unbelievable year for

At the other end of the age spectrum at the World Cup will be Mexico’s Marcelo Flores, who joined Arsenal’s famous academy system earlier this year from Ipswich Town.

He’s joined in north London by his two sisters Silvana and Tatiana, and crucially for fans he already has experienced football above his normal age group so could have a staring role for El Tri at the Under-17 World Cup.

Did you know? Mexico conceded just three goals during qualification for the Under-17 World Cup – one every 210 minutes. He’s not the only player on this list who still doesn’t have any senior minutes under his belt at club level, but Alexander Aravena could be fast-tracked into the top flight of Chilean football if he continues to provide goals and assists at youth level.

Aravena finished as the third top goalscorer at the recent Under-17 South American championships and he’ll be looking to replicate that form alongside Luis Rojas.

Did you know? Chile scored more goals (17) than any other South American qualifier. But they also conceded the most (nine).

While the likes of

The cousin of Australia international Tomi Juric, teenager Noah Botic has already taken his first steps in European football after swapping his native side Rockdale City Suns for TSG Hoffenheim in Germany.

He’s already made three appearances in Germany’s Under-19 league this season, playing out of position in midfield on the opening day, then again on the left wing the next week, before scoring in his preferred place as a centre-forward against Ingolstadt.

Did you know? Australia came close to winning the Under-17 World Cup in 1999, but ultimately lost 8-7 in a penalty shootout to three-time champions Brazil. Italy striker Sebastian Esposito will be one of the oldest players at the Under-17 World Cup, with an outstanding record in the Azzurri’s youth sides already under his belt.

He’ll also be one of the most experienced at a senior level, as although Esposito has only ever made one senior appearance for Inter, he was included in their matchday squad which travelled to Barcelona in the Champions League earlier this season.

Esposito has also made the bench three times in Serie A under Antonio Conte, but he hasn’t made an appearance for Inter since he came off the bench in last season’s Europa League clash against Eintracht Frankfurt.

If you can do enough to make Lionel Messi smile during a training session, then you’ve got to be doing something right.

The United States have never reached a final of the Under-17 World Cup, with their best place finish currently coming from their star-studded squad which included the likes of Landon Donovan and DaMarcus 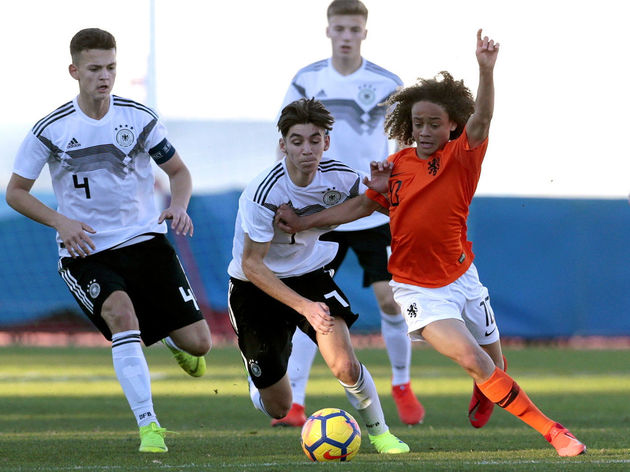 érie A side Flamengo, having already featured in the top flight and