?Valencia have met with Geoffrey Kondogbia’s agent as the Spanish club look to strengthen their squad for next season and turn his loan move into a permanent one.

According to CalcioMercato, Kondogbia’s agent Evans Kondogbia (his brother), was in the stands during Valencia’s recent game against Eibar.

It’s understood that he was there to hold talks with the club over Geoffrey’s long term future at the Mestalla. The initial deal between Inter and Valencia was a loan with an option at the end of the season to make it a permanent move and Valencia are keen to exercise it. 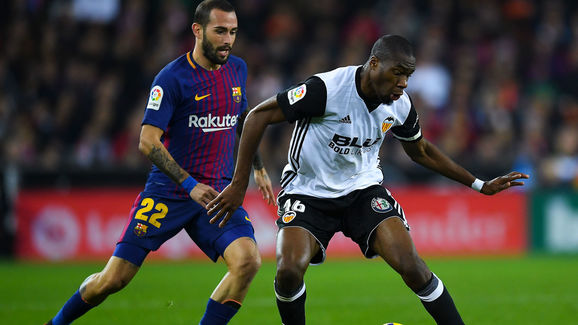 Since joining Valencia on loan from Inter Milan, Kondogbia has appeared 29 times and contributed four goals, one of which came on his debut away at Real Madrid. He also added four assists from midfield, enough to convince Valencia that they should sign him on a permanent basis.

The club have enjoyed a surprisingly impressive season, with Kondogbia playing a crucial part in the team’s push for a Champions League spot which they’ve all but clinched with three games left of their La Liga season.

Kondogbia will be looking to replicate this season’s form next year and prove Inter that they were wrong to let him go. He’ll also get the chance to show his quality on the biggest stage as Valencia prepare for their return to Champions League football.