?Mauro Icardi’s wife, and agent, Wanda Nara has revealed that the striker was close to joining Juventus last summer as negotiations over a new deal with Inter continue to roll on.

The Nerazzurri captain has been in crushing form this season, providing 13 goals and two assists in 19 appearances across all competitions, helping to push Inter into third place in Serie A.

He has long been linked with a move to the Old Lady as a result of his continued good form, with Nara revealing on Tiki Taka on Italia 1, a show on which she is a regular contributor, that a deal was effectively in place that would have seen Icardi move in opposite directions to Gonzalo Higuain.

“All that is said is not true, there was not yet an offer for Mauro. In the last window of the market he had a foot outside, in Turin, with Juventus paired with Ronaldo,” Nara said, as quoted by Eurosport.

“Exchange with Higuain? Juventus to convince me told me that he would team up with ?[Cristiano] Ronaldo, and It really came in. They told me that Icardi would be the only number 9.”

However, with the Argentine subsequently remaining in Milan despite the considerable money offered by I Bianconeri, new contract negotiations have continued to rumble on at Inter, with contrasting reports from both sides on their status.

Speaking on these talks, Wanda proclaimed: “We are far away, or rather, we are not as close as they say: nobody called me to ask for the renewal, the front page of the Gazzetta dello Sport annoyed me (speaking of signing at the beginning of 2019).

“I am the first to want renewal. It is not a questionnaire of figures, I think Inter can pay for the renewal. What does Higuain take, for example?

“[I was] contacted in the middle of the Champions League, but my priority was to wait until the end of the group. You saw how much I also cared, so much so that at the end of Inter-PSV I cried. The priority goes to Inter.” 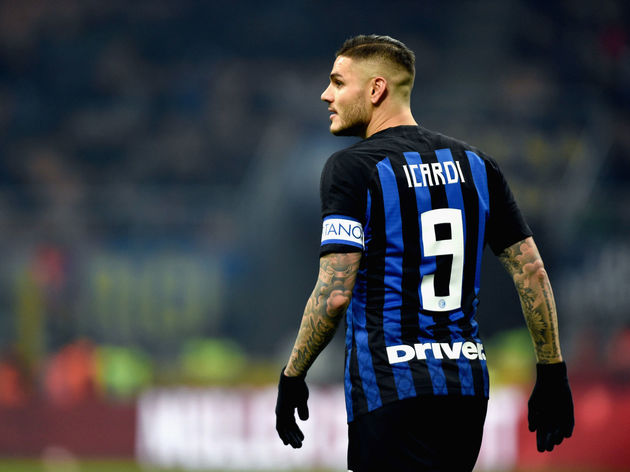 That last line of affirmation is in tune with the one sung by ?Inter’s sporting director Piero Ausilio, though little else was, as the executive sought to dismiss almost all the allegations levelled by Icardi’s agent and spouse.

“I have been very honest, I said how things stand. Icardi received a new contract two years ago and signed it. The most recent proposal was two months ago, he received it and at this moment has not accepted,” Auselio retorted, as quoted by Goal.

“That does not mean we cannot go forward. As far as we are concerned, we want to continue the negotiations and continue working together. Inter and I will only do our talking in the office, in our headquarters, not on social media or on television. Beppe Marotta and I are at their complete disposal.

“As for the claims we wanted to sell them to ?Juven?tus, I respond with a laugh and a no comment. It’s better not to give names to suggestions like that at Christmas time. I can happily say ?Icardi will never go to Juve. You were dragged into this issue by some fairytale comments, but it’s not an issue.”