?West Ham’s loan star Joao Mario appears to be hoping to extend his stay at the club, after revealing his moment with Inter has ‘passed’.

The Portuguese midfielder made a shock loan move to the London Stadium from the Serie A giants in the summer and it now seems that the player is interested in making a permanent move to the Hammers.

Mario starred as West Ham returned to winning ways on Saturday with a crucial ?3-0 win over relegation rivals Southampton. He opened the scoring with his first goal for the club, and was arguably the best player on the pitch. 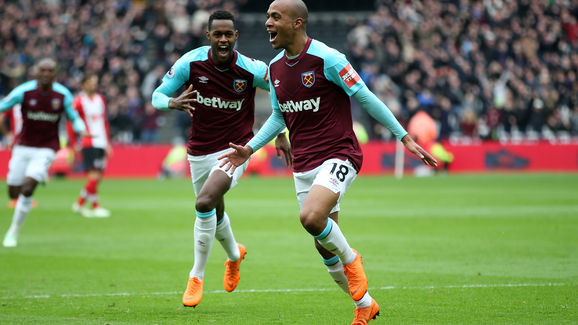 That’s the João Mário we all know and love. Hopefully this performance spurs on a good run of form ahead of the World Cup. pic.twitter.com/T2DvLGYf2A

The Hammers now sit 14th in the Premier League and have widened the gap between themselves and the relegation places to five points.

Mario will be hoping to continue his good run of form to help secure West Ham’s place in the Premier League next season, whilst convincing Portugal manager Fernando Santos to start him in the World Cup this summer.