?At the age of just 22, ?Mauro Icardi was given the captain’s armband at ?Inter.

He was, at the time, an obvious choice. Icardi had proven himself to be a bright spot in a poor Inter side; scoring 27 goals as they finished just eighth in 2014/15. It was a tough period for the Nerazzuri, who just five years earlier, had won the ?Champions League. However, the performances of the young Icardi gave the Inter fans hope for the future.

Fast forward four years and Icardi is loathed by the Nerazzurri fans, while the Inter hierarchy have grown fed up with him, stripping him off his captaincy and trying to force him out of the club. On the surface, it’s puzzling. Icardi has been, by quite some distance, Inter’s best player over the last few seasons, scoring an astounding 124 goals in 219 games and becoming the club’s eighth all-time top scorer.

Yet, the club can’t wait to get rid of him. Why? Icardi has always been a figure who attracts controversy like a magnet, typified by his involvement (or lack of) with the Argentina national team.

You see, despite Icardi establishing himself as one of the world’s most clinical strikers, the Argentine has earned just eight caps at international level – and there was a four-year gap between his first and second appearances.

It’s long been rumoured that Icardi’s regular absence from the national team is due to ?Lionel Messi’s influence, as the ?Barcelona striker 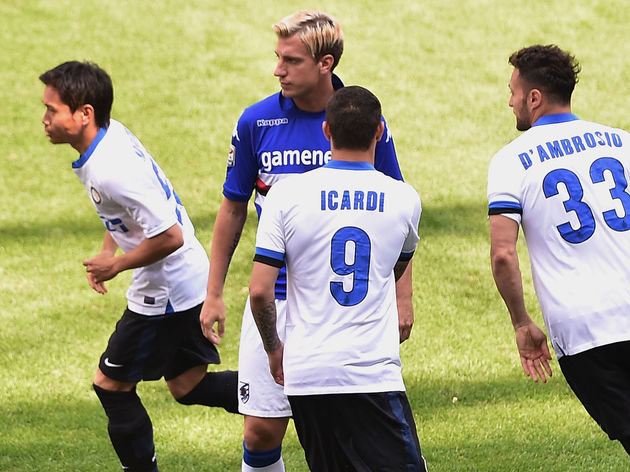 Icardi got tattoos of Lopez’s and Nara’s children when he married Nara, while Lopez has reported that he doesn’t see his children often and that Icardi has, several times, hung up the phone when Lopez was talking to his children. Ouch.

It’s a saga that has bought Icardi a great deal of animosity in Argentina. Closer to home, Icardi criticised the Inter ultras in a book he published in 2016, describing an incident where after a defeat to Sassuolo in 2015, he threw his shirt at ultras only to get it thrown back at him. The Argentine claimed in the book that he wanted to punch the ultra and threatened to bring “100 criminals from Argentina who will kill them on the spot.”

Safe to say, the Nerazzurri fans didn’t take too kindly to this and displayed a banner telling him to leave the club. Icardi was punished by Inter and later retracted the chapter in question but the incident permanently damaged his relationship with the fans. Nara had earned a reputation for speaking in a candid manner about Icardi and Inter on Italian TV. In an appearance back in February, Nara criticised the amount of service Icardi was getting, the club for not protecting him and the coach at the time, Luciano Spalletti.

Inter, in turn, stripped Icardi off his captaincy and didn’t involve him in the squad for nearly two months. His return in April was underwhelming, scoring just two goals in nine games.

With Spalletti’s departure at the end of last season, Icardi may have been hoping for a fresh start, but this wasn’t the case, with Antonio Conte making it pretty clear he wasn’t a part of his plans. Since then, he’s been linked with every club under the sun, including ?Roma, ?Juventus and ??Napoli. ?Manchester United too were reportedly interested but have been put off by Nara.

There’s no doubt over Icardi’s ability and he would likely be a revelation at any of the above clubs, but he comes with a considerable amount of baggage. There’s a significant chance that he will cause disruption to a dressing room, whether through his own and his wife’s actions.

Clubs must emphasise team cohesion above all and Icardi represents an expensive risk to that. If Icardi stands any chance of resurrecting his career, he must reflect on his own actions. For now, though, for prospective suitors the negative aspects of signing Icardi outweigh the positives.