?Inter midfielder Joao Mario is reportedly on the brink of joining ?Wolves, and the transfer could be completed at any moment.

The 25-year-old spent the second half of last season on loan at West Ham, where he scored twice in 13 ?Premier League appearances.

Joao Mario is a versatile midfielder who is naturally suited to a central midfield role but has also been known to play in attacking midfield, defensive midfield, and on both sides of a midfield four.

He spent the first years of his youth career at Porto before switching to Sporting CP in 2004. He was at the Estadio Alvalade for over a decade, coming through the ranks before making his first team debut in 2011. 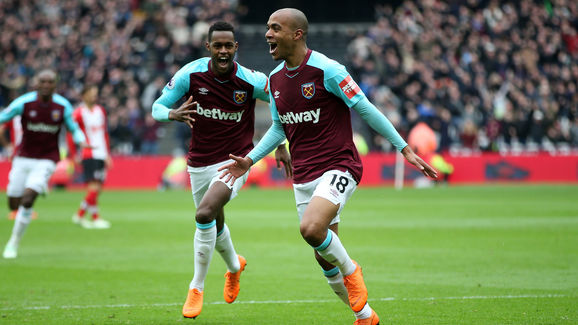 He made over 90 appearances for Sporting before joining Inter in 2016. He was a regular in his first season at the San Siro but became a more peripheral figure last year and was loaned to ?West Ham in January.

Mario was a key part of the Portugal squad that won Euro 2016, and he also played in all of the national team’s matches at this summer’s World Cup as they were eliminated in the last 16. Mario’s international teammate Rui Patricio has already joined Wolves this summer after the enforced termination of his Sporting contract, becoming the third Portuguese player to move to Molineux during this transfer window.